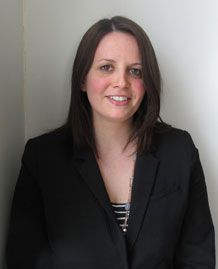 In May 2021, the Vermont Supreme Court reversed the Superior Court Environmental Division, agreeing with Merrill’s arguments in an environmental case.

In March 2021, the United States District Court for the District of Vermont granted Merrill’s motion to dismiss an 18-count lawsuit against Merrill’s client, the company appointed by the Public Utility Commission (PUC) to facilitate energy sales by qualified, small-scale producers.

In March 2021, the Vermont Superior Court Environmental Division granted Merrill’s municipal client injunctive relief in a contested zoning enforcement case following a trial, and an award of fines against the opposing party.

In November 2019, a Court dismissed a lawsuit against one of Merrill’s municipal clients for lack of subject matter jurisdiction.

In September 2019, Merrill obtained a judgment in the amount of $360,000.00 for one of her municipal clients in connection with a contract dispute.

In July 2018, the Environmental Court granted Merrill’s Motions to Dismiss a lawsuit and a separate appeal brought by an out of state corporation against Merrill’s clients. Merrill represented a local municipality and regional commission. Press report here

In April 2018, the Vermont Supreme Court reversed the Superior Court Civil Division, agreeing with Merrill’s argument that the trial court had abused its discretion in granting specific performance without engaging in proper analysis.

Professional and Service Positions: Prior to joining the firm in 2013, Merrill was an Appellate Court Attorney at the State of New York Supreme Court, Appellate Division, Third Judicial Department in Albany, New York, where she reviewed all varieties of civil and criminal disputes on appeal before the Court.

Merrill serves on the Board of Trustees for Merck Forest & Farmland Center in Rupert, Vermont. In 2020, the Vermont Supreme Court appointed Merrill to the Vermont Judicial Conduct Board.

Personal Interests: Outside of the office, Merrill enjoys cross-country skiing, hiking, cycling, birdwatching, and spending time with her family.