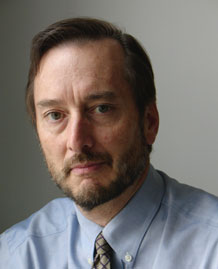 Representative court cases: The Vermont Supreme Court reversed the Superior Court Environmental Division and ruled that the regional plan adopted by Two Rivers-Ottauquechee Regional Commission, Rob’s client, must be enforced in a land-use proceeding.  The high court held that a large proposed mall must be denied a land-use permit because the development would not comply with the regional plan. Rob’s brief here.  Supreme Court decision here.  Press report here.  This was only the second time in 20 years that the Supreme Court has upheld denial of a development for failure to comply with a regional plan. Rob also represented the prevailing regional commission in the first case.

The federal court in the District of Vermont granted Rob’s motion to dismiss a lawsuit alleging violations of the requirements of the Federal Power Act and the Public Utilities Regulatory Policy Act.  Rob represented the company appointed by the Public Utility Commission (PUC) to facilitate energy sales by qualified, small-scale producers. Federal court’s decision here.

The Vermont Supreme Court upheld a trial judgment in favor of Rob’s client in a complex property law case. The Court rejected the claims of neighbors who sought to block creation of a public recreation path on a former railroad right of way. Rob’s brief here. Supreme Court decision here.

A Vermont Superior Court jury awarded a verdict of $1 million to Rob’s clients in an appeal of an eminent domain taking by the PUC. The PUC had awarded only $25,000. Press story here.

In re B&M Realty, LLC, 2016 VT 114 (reversing Environmental Court and denying land-use permit to large commercial development because the project would be sited in violation of the requirements of the regional plan).

In re HS-122, 2011 VT 138 (reversing Superior Court, rejecting Tax Department’s and Attorney General’s intepretation of statute, and holding that information about household income held in town offices cannot be disclosed to public). Rob’s brief is here (pdf). The law later passed by the Vermont legislature to protect public officials from prosecution for following the erroneous advice of the Tax Department and the Attorney General is here (pdf).